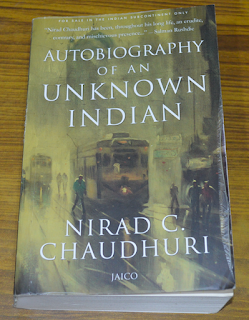 “Aristotle died in the autumn of 322 BC. He was sixty-two and at the height of his powers; a scholar whose scientific explorations were as wide-ranging as his philosophical speculations were profound; a teacher who enchanted and inspired the brightest youth of Greece; a public figure who lived a turbulent life in a turbulent world. He bestrode antiquity like an intellectual colossus. No man before him had contributed so much to learning. No man after him might aspire to rival his achievements.” ~ Jonathan Barnes

“Aristotle came from the very edge of the Greek world. He was a Greek to the last fiber of his being, yet he remained the aloof, impartial observer, not deeply implicated in the struggles of that world.” ~ John Herman Randall, Jr.
"I saw the Master there of those who know,
Amid the philosophic family,
By all admired, and by all reverenced;
There Plato too I saw, and Socrates,
Who stood beside him closer than the rest." ~ Dante

“New Guineans… impressed me as being on the average more intelligent, more alert, more expressive, and more interested in things and people around them than the average European or American is. At some tasks that one might reasonably suppose to reflect aspects of brain function, such as the ability to form a mental map of unfamiliar surroundings, they appear considerably more adept than Westerners.” ~ Jared Diamond
“Whatever you can do, or dream you can, begin it. Boldness has genius, power, and magic in it.” ~ Goethe

"In a word, human life is more governed by fortune than by reason; is to be regarded more as a dull pastime than as a serious occupation; and is more influenced by particular humour, than by general principles." ~ David Hume
“Only barbarians feel no curiosity about the sources of their own forms of life and civilization, their place in the world order as determined by the antecedent experiences of their ancestors, as well as the very identity of these ancestors, which alone can give a sense of identity to their successors.” ~ Isaiah Berlin
"There is a tide in the affairs of men, Which taken at the flood, leads on to fortune. Omitted, all the voyage of their life is bound in shallows and in miseries. On such a full sea are we now afloat. And we must take the current when it serves, or lose our ventures." ~ Shakespeare

“Two things fill the mind with ever new and increasing admiration and awe the more often and more enduringly reflection is occupied with them: the starry heavens above me and the moral law within me.” ~ Immanuel Kant
"Be a philosopher; but, amidst all your philosophy, be still a man." ~ David Hume
“The age at which we obtain the complete use of reason may be determined as follows: [i] as far as the facility (to use it competently to achieve any goal) is concerned it is approximately the twentieth year, [ii] as far as calculation (to use other human beings for one's own purposes) is concerned, it is the fortieth year, and [iii] the age of wisdom be¬ gins around sixty. The latter age is entirely negative. We are finally able to recognize all the foolish mistakes we made in the first two.” ~ Immanuel Kant

“When philosophy paints its grey in grey, one form of life has become old, and by means of grey it cannot be rejuvenated, but only known. The owl of Minerva takes its flight only when the shades of night are gathering.” ~ Hegel
"Within twelve months Greece had lost her greatest ruler [Alexander], her greatest orator [Demosthenes], and her greatest philosopher [Aristotle]. The glory that had been Greece faded now in the dawn of the Roman sun; and the grandeur that was Rome was the pomp of power rather than the light of thought. Then that grandeur too decayed, that little light went almost out. For a thousand years darkness brooded over the face of Europe. All the world awaited the resurrection of philosophy." ~ Will Durant
“The truth may be stretched thin, but it never breaks, and it always surfaces above lies, as oil floats on water.” ~ Miguel de Cervantes in Don Quixote

Philosophers are of two kinds: the “preachers of the truth” and the “seekers of the truth.” I am the second kind of philosopher — I am a seeker.
"Life is a tale told by an idiot, full of sound and fury, signifying nothing." ~ Shakespeare
“I know my fate. One day my name will be associated with the memory of something tremendous—a crisis without equal on earth, the most profound collision of conscience, a decision that was conjured up against everything that had been believed, demanded, hallowed so far. I am no man, I am dynamite.” ~ Nietzsche
“The era which dares to claim that it is the most rebellious that has ever existed only offers a choice of various types of conformity. The real passion of the twentieth century is servitude.” ~ Albert Camus
"There will come a time when you believe everything is finished; that will be the beginning." ~ Louis L'Amour
"For having lived long, I have experienced many instances of being obliged by better information, or fuller consideration, to change opinions even on important subjects, which I once thought right, but found to be otherwise." ~ Benjamin Franklin
“I admit that the exercises of the gymnasium form athletic bodies; but beauty is only developed by the free and equal play of the limbs. In the same way the tension of the isolated spiritual forces may make extraordinary men; but it is only the well−tempered equilibrium of these forces that can produce happy and accomplished men.” ~ Friedrich Schiller
“The dogmatist is a more serious character than the utter skeptic. He is the dictator of cognition. He will put you down by main force. And he is no myth.” ~ Stephen C. Pepper
“You know that I do not approach reasonable objections with the intention merely of refuting them, but that in thinking them over I always weave them into my judgments, and af­ford them the opportunity of overturning all my most cherished beliefs. I entertain the hope that by thus viewing my judgments impartially from the standpoint of others some third view that will improve upon my previous insight may be obtainable.” ~ Immanuel Kant
“Political and civic freedom remains eternally the most sacred of all things, the most deserving aim of all effort, the great center of all culture; but this wondrous structure can only be built on the solid foundation of an ennobled character. One has to begin with the creation of the citizens for a constitution, before these citizens can be granted a constitution.” ~ Friedrich Schiller

Show 5 Show All
“Where Plato is whimsical and ironic, and proceeds by suggestion and indirection, Aristotle is matter-of-fact, almost pedestrian. Where Plato’s writing is filled with his sense of better and more beautiful world behind, above, beyond the world of ordinary experience, illuminating that experience but transcending it, Aristotle keeps his feet firm on the ground of ordinary experience. This is Aristotle's reality, and the business of philosophy in his view is to make sense of the here and now.” ~ W. T. Jones
“I am actually not at all a man of science, not an observer, nor an experimenter, not a thinker. I am by temperament nothing but a conquistador—an adventurer... with all the curiosity, daring, and tenacity characteristic of a man of this sort.” ~ Sigmund Freud

Show 5 Show All
"If all men are created equal, that is final. If they are endowed with inalienable rights, that is final. If governments derive their just powers from the consent of the governed, that is final. No advance, no progress can be made beyond these propositions. If anyone wishes to deny their truth or their soundness, the only direction in which he can proceed historically is not forward, but backward toward the time when there was no equality, no rights of the individual, no rule of the people. Those who wish to proceed in that direction can not lay claim to progress. They are reactionary. Their ideas are not more modern, but more ancient, than those of the Revolutionary fathers." ~ Calvin Coolidge

"Not only have intellectuals been insulated from material consequences, they have often enjoyed immunity from even a loss of reputation after having been demonstrably wrong." ~ Thomas Sowell
"The aim of public education is not to spread enlightenment at all: It is simply to reduce as many individuals as possible to the same safe level, to breed and train a standardized citizenry, to put down dissent and originality." ~ Henry Louis Mencken

"As language is the faculty which distinguishes man from the lower animals, it is also a ready index to the intellectual level of cultures and persons. The confusion and vagueness of terms always found in collectivist theories is not accidental; it is a reversion to the mental and verbal limitations of the primitive society it advocates, the inability to think in abstract terms." ~ Isabel Paterson
"Everyone must understand philosophy, because even arguing against the practice of philosophy is itself a form of philosophizing. The best form of philosophy is the contemplation of the universe of nature; it is for this purpose that God made human beings and gave them a godlike intellect." ~ Aristotle

"But that is the beginning of a new story—the story of the gradual renewal of a man, the story of his gradual regeneration, of his passing from one world into another, of his initiation into a new unknown life. That might be the subject of a new story, but our present story is ended." ~ Fyodor Dostoyevsky